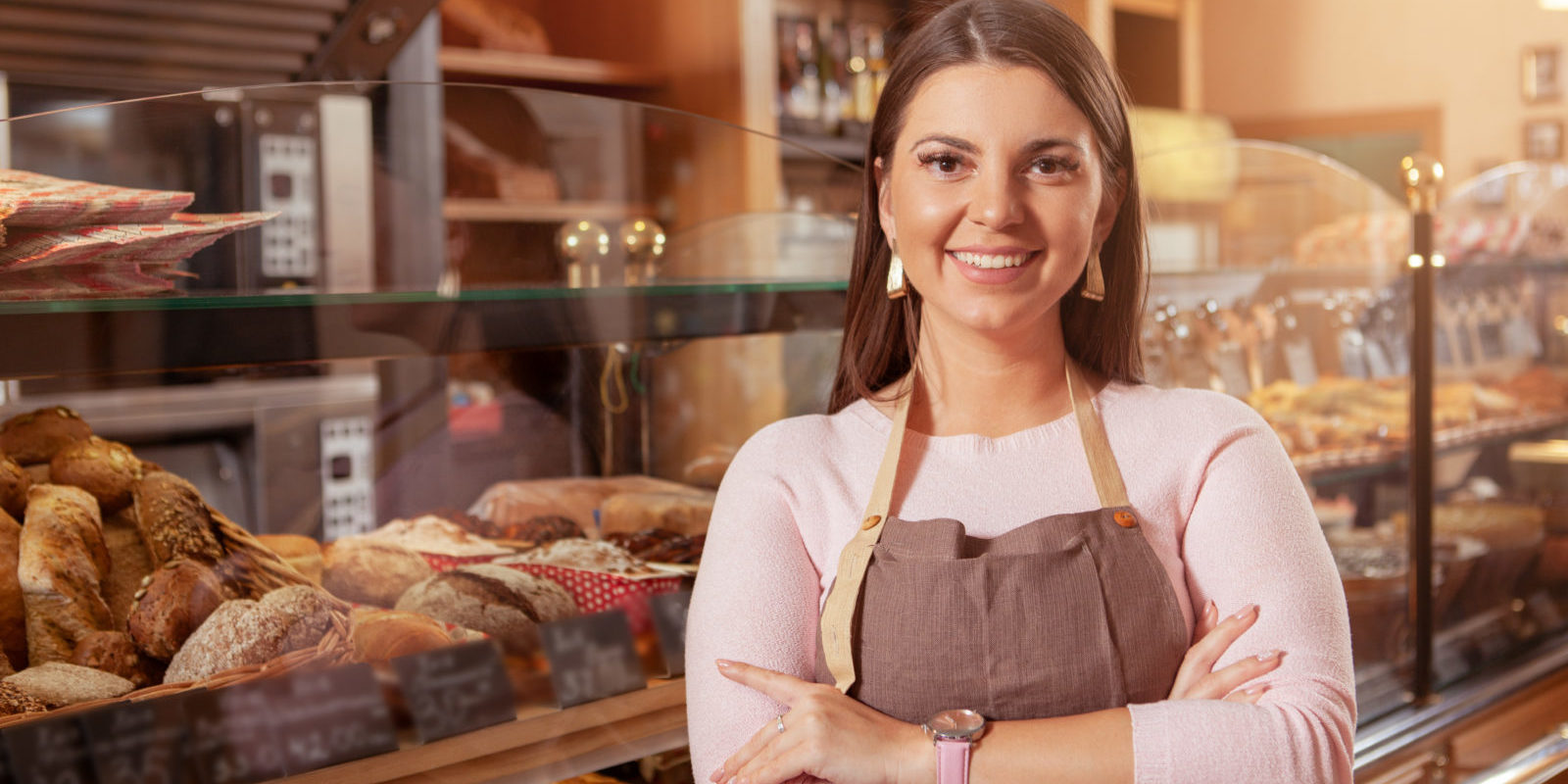 Over my career I’ve found that most people who dream of owning a business often stop short of executing on their dream because they fall victim to the usual suspects: fear, doubt, uncertainty, and lack of confidence — contrary to popular belief, financial risk is seldom a barrier. I have also found that on the other end of the entrepreneurial spectrum there exist individuals who emotionally leap into ownership based on unrealistic or romanticized versions of business ownership. Granted, these people might figure it out along the way, they often do so at significant financial cost and countless metaphorical ‘bumps and bruises’. Both groups could stand to learn from each other, but for this article, “7 reasons why franchising works” , I’ve decided to share my opinions, beliefs, and, dare I say, professional perspective on the key value propositions of franchise ownership in an effort to allay franchising fears while also clarifying expectations.

Franchising is predicated on the presupposition that a franchisor possesses some sort of secret sauce, proprietary product, method and manner of operation, or, at the very least, some high level of knowledge and expertise that, by their very nature, aid in the success of their particular small business model. That is to say, they know something or have something you don’t. This seemingly basic value proposition is often enough to propel aspiring franchisees into ‘signing on the dotted line’, but for others, it is difficult to quantify and subjective at best. So, how does one bridge the gap when assessing the true value of this claim? First, define “proven system” and clarify that extensive scientific trial and error (i.e. ‘proven’) is the basis for which the franchisor has developed and offers their methods, processes, and guidelines (i.e. ‘system’) to help a franchisee achieve success. Second, during due diligence conversations with existing owners, validate the legitimacy of the principles, processes, and/or products offered by the franchisor and determine if they are a help or a hinderance to success. Furthermore, for some anecdotal evidence, reference the ITEM 20 in the FDD and calculate if the number of closings outpaces the number of openings; a tell-tale sign that a franchisor is over-selling and under-delivering.

I digress,.. getting back to the ‘proven system’ value proposition,… in the simplest terms, it means that the franchisor has made mistakes, fallen on their face, and lost/spent money, all in the pursuit of achieving a successful business model so that a franchisee may bypass those challenges and leap ahead to a profitable business. Additionally, it is also worth evaluating the franchise system in terms of the ‘opportunity cost’ – i.e. the risk and expense of starting an independent business from scratch! This daunting, albeit not unsurmountable task is often challenging, time-consuming, and frankly unnecessary when a franchisor has already done most of the hard work.

I often feel bad for struggling small business owners who have nobody to turn to for advice on their business. When operating an independent business, most of the resources that are available to an owner – and that also qualify as relevant expertise – are either consultants or competitors; the former seeks a fee and the latter seeks one less competitor in the market (or at the very least, will fail to provide their success formula).

This is not the case for franchising. Not only will franchisees benefit from a structured training and support program provided by the franchisor, they’ll also benefit from a network of like-minded and symbiotically situated owners who are both forthcoming and transparent about their individual businesses and eager to help their fellow franchisees succeed.

3. Business that can be duplicated

For most individuals interested in franchise ownership, the strategy is not merely to ‘buy a job’ and operate a single location. The goal, whether it be in the short term or long term, is to leverage the franchise system and maximize existing staff, marketing expenditures, and other internal resources to duplicate that success over multiple locations. This cannot be effectively achieved without a standardized and systematized model to guide the opening, management, marketing, sales, operations, etc… of each location. After all, a business owner cannot be in multiple locations at once. Managing, overseeing, and directing the activities of multiple locations without a system to follow is madness and, quite frankly, unfair to the employees. Unfortunately, most entrepreneurs lack the foresight to develop the necessary systems to ensure uniform performance with minimal oversight. Although they may have been successful with their first location, owners will often fall flat on STORE #2 because they took for granted the amount of direct involvement the business demanded from its owner. This is why franchising is so brilliant – it provides an efficient, systematic roadmap for multi-store ownership while also benefiting from economies of scale.

Data is paramount in business decision-making and those who operate otherwise are driving blind. For an independent business owner, the data available to them is limited to their 4 walls or perhaps based on high level national trends for their industry. Neither of which provide adequate data by which to make informed decisions about how, when, and where to adapt their business to the inevitable and ever-changing consumer buying habits. Franchise systems, on the other hand, benefit from multiple and diverse aggregated data points that can be used to improve profitability, predict market shifts, adapt to competitors, and proactively address potential macroeconomic threats.

As an independent business owner, negotiating with vendors and suppliers is often a futile endeavor. This is due, in part, to an unequal starting point. With only one location, the small business owner lacks leverage in negotiations because they cannot commit to consistently purchase large quantities/volumes of products/services. When those same negotiations are conducted between a franchisor and a vendor, the proverbial tables are turned. By the very nature of franchise agreements, franchisors have the power to institute required vendor relationships with their franchisees and, as a result, a vendor could gain dozens if not hundreds of new clients in one fell swoop. This significant upside potential for the vendor provides the franchisor a strong negotiating position.

My family enjoys driving to the beach in Florida every summer and as we inevitably encounter hunger pangs in the 7th hour of a 13hr road trip, we begin to desperately seek familiar food establishments. We begin by searching Google, TripAdvisor, and Yelp for the usual suspects: “Chick-fil-a”, “Zaxby’s”, “Five Guys”, etc,.. in the hopes of a quick passenger consensus. Keep in mind this decision is often conducted as we pass some unknown exit somewhere between TN, GA, and AL. Regardless of which food establishment we ultimately select, several things are always true about the winning restaurant: 1) it is familiar; 2) it is based on a history of positive experiences; 3) it is often our first visit to that specific location.

So, why do I share the above story? I share it to subtly prove one of franchising’s seemingly unsubtle value propositions: branding. The morale of the story above is that the owner of the “Zaxby’s” at the unknown exit X along our route did nothing (nada, zip) to win my business. It was rather the collective positive experiences of the several “Zaxby’s” owners in my small town that won my allegiance to the brand. It is for partly this reason that “Zaxby’s” on exit X will always outperform a similar non-franchise chicken restaurant nearby.

I always give one piece of unsolicited advice to every aspiring entrepreneur I encounter, whether they’re investing in a franchise or starting their own from scratch, and that is: always have an exit plan. On Grand Opening day of their new business an owner should know exactly how they’re going to exit. That exit strategy could involve building a legacy to pass along to their children or perhaps reaping the benefits of a revenue generating asset in lieu of some other investment vehicle. But the most common and yet often overlooked method is to build the business to sell.

Although franchising provides substantial benefits for the first two exit strategies mentioned above, the best and most lucrative method is to sell. When I worked as a Business Broker, I often had listings (businesses for sale) of franchise-owned and independent-owned businesses that operated alongside each other in the same space – i.e. Salons, Sandwich shops, and Coffee shops. But, in situations where the listings shared almost identical relevant characteristics, such as sales volume, EBITDA, and location, 100% of the time, the franchise-owned location would sell faster and would always sell for a higher price. This is because franchise-owned businesses have a higher valuation as a result of historically higher sold comparables in the marketplace (based on market-approach valuation methods) and because of the franchise support system that helps mitigate risk (to buyer and bank alike).

When I asked buyers why the franchise-owned location was worth the higher price, they often shared some of the value propositions I’ve mentioned earlier, but the most important factor to them was the training and support offered by the franchisor in helping to transition them into ownership and maintain the franchise’s current performance levels.

Becoming a small business owner can be scary, but it doesn’t have to be. Partnering with the right franchise can make all the difference in the world, but, make no mistake, it’s still going to be hard work. Understanding the value propositions while also having realistic expectations of each party’s responsibilities is absolutely crucial.

At FRANCHISEBIZ, we have over 40 years’ experience. If you want to bounce ideas off an experienced franchise expert, then we are always open to a chat.

Get in touch here with our friendly team today to see how we can help !